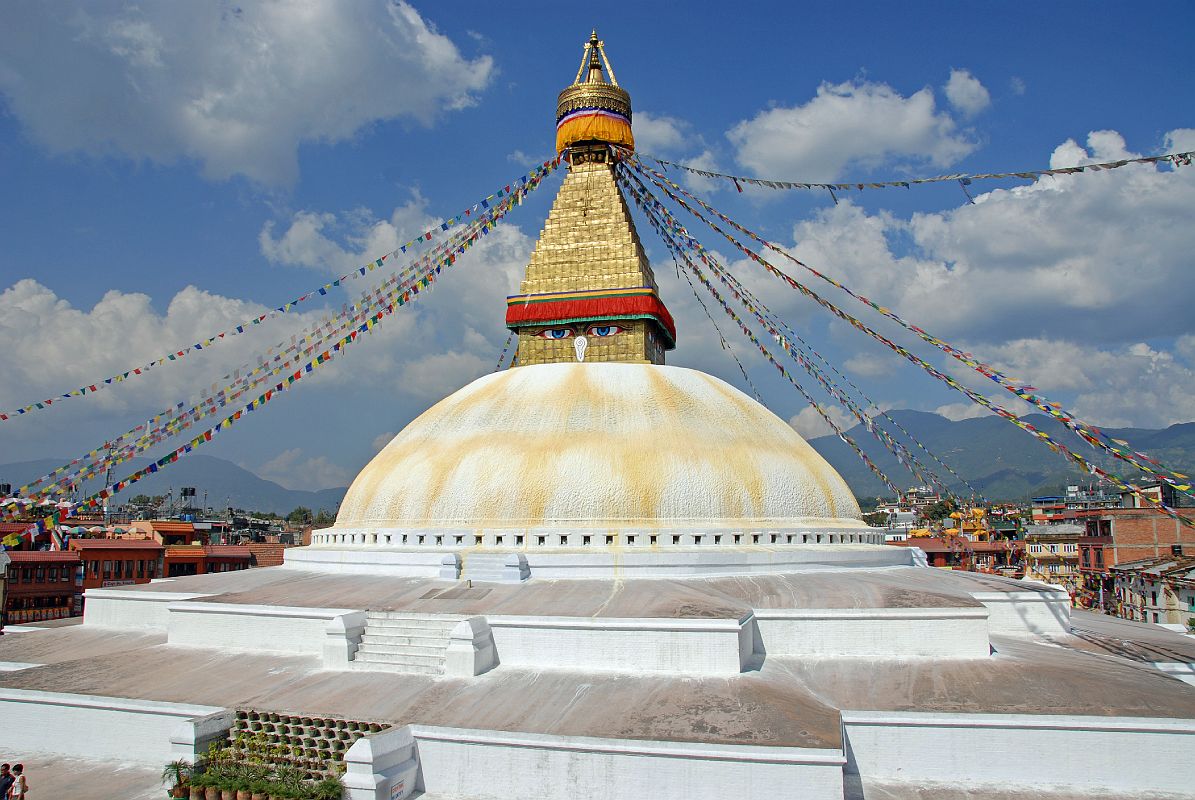 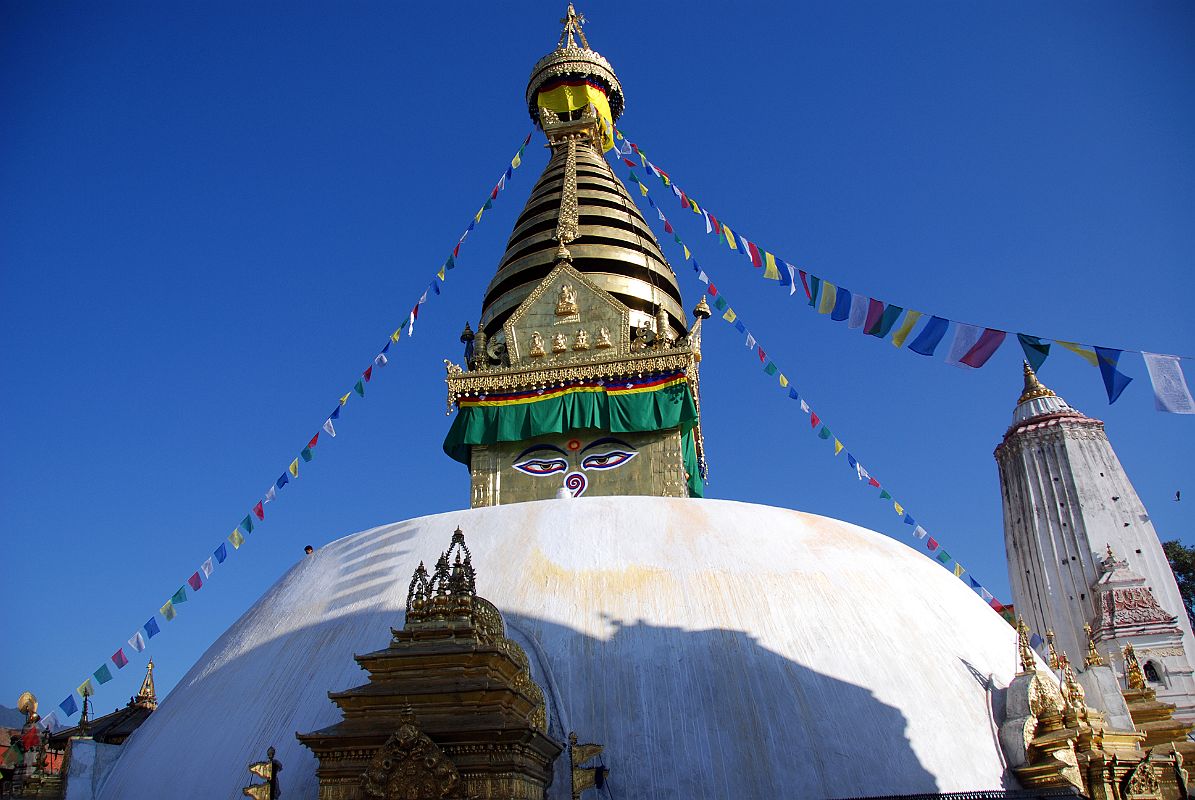 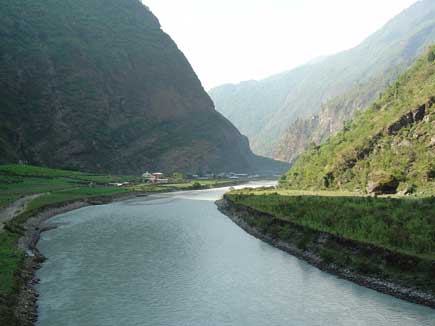 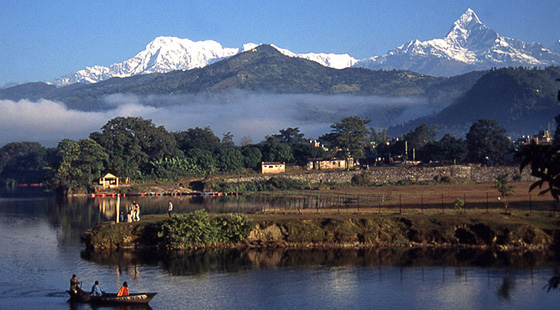 The city is the urban core of the Kathmandu Valley in the Himalayas. The Kathmandu Valley is situated at an altitude of 1,350 m (4,400 ft) above sea level, and covers an area of 218 sq m (2,346 sq ft) surrounded by four major mountains, namely Shivapuri, Phulchowki, Nagarjun and Chandragiri. Neighbouring cities include Patan or Lalitpur towards the southeast (an ancient city of fine arts and crafts) and Bhaktapur or Bhadgaon to the east (City of Devotees). Kathmandu is the headquarters of the countryÃ¢â‚¬â„¢s Central Region. Kathmandu is easily accessible by road and air. The famous observation platform with its breathtaking views of the city is at the Swayambhunath Stupa in the Swayambhu area of the city, which is a UNESCO World Heritage Site and is also known as Monkey Temple.